After repairing Marilyn’s Miter Box recently I wanted to pick up one myself.  The right deal came along (thanks Kurt!) and I’m now the proud owner of a Langdon/Millers Falls All-Steel miter box.  Since I’m stalled on the saw chest until I make a run to the warehouse of twisted wood (Home Depot), I decided to unpack and set up the saw.

Eventually I’ll restore it, but it’s in decent shape…except for the saw handle.  It has several splits, some chips and dents and a general lack of style.  No surprise, I knew this was something I was going to want to fix up already.

My initial plan was to make a new handle from scratch, but I thought I’d see if I could make this one a little nicer so I could put the miter box into use for making the trim for my saw chest. 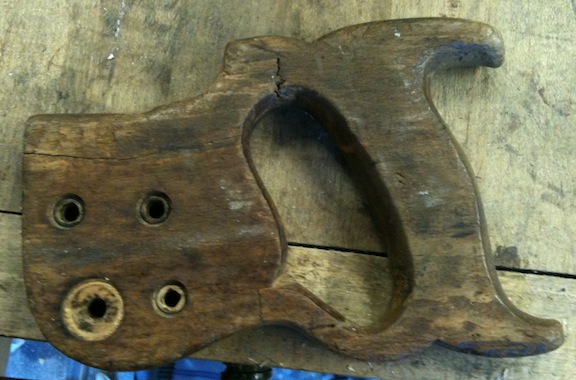 I put some superglue in the cracks to reinforce the handle, and broke out my rasps and tried to add a little more shape to the handle.  I tried to blend all the contours and accentuate the shape to make it a little more dramatic.  It still needs a little more work to get the rid of a few lumps and flat spots, but it’s already looking better. 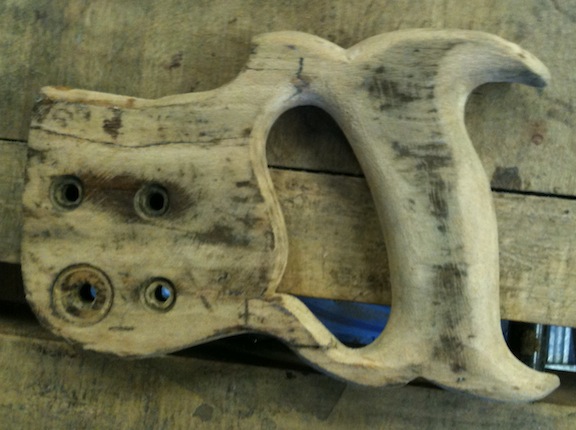 Next I sanded it with 120 grit to remove the rasp marks and help blend the contours.  This is the most time consuming part because it is a lot of sanding tiny areas with little bit of sandpaper.  Once the shapes were acceptable I went over the handle with 220 grit. 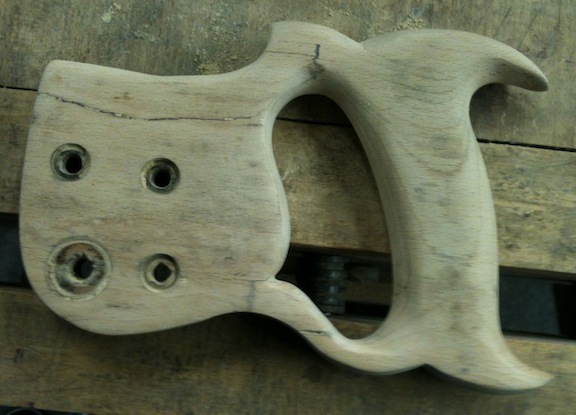 I gave it one coat of Watco Danish Oil, leaving it soaking for a few hours.  I’ll put a few coats of Tried and True oil/varnish blend on it tomorrow and see how it looks.  It already looks 100% better to me.  I’d like the color to darken more, and to build up some gloss, but I’m also eager to put it back on the saw and see how my new miter box works out. 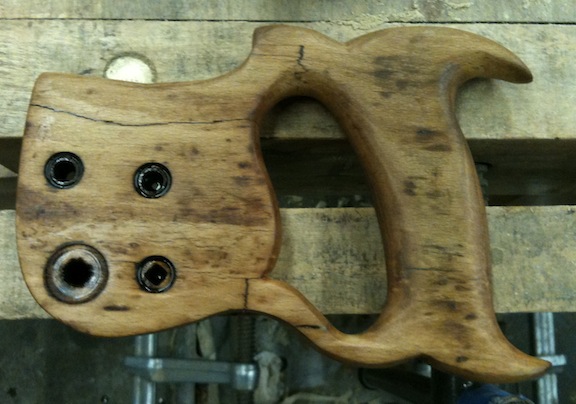 3 thoughts on “My Miter Box”