I made some good progress on my sharpening workbench today.  Not as much as I’d hoped, but I definitely got my cardio workout in today.

I planed all of the “four by four” stock square.  I thicknessed it to all be whatever was the smallest dimension after squaring two sides – which turned out to be 3.25″ because just one piece was that thin.  I ended up taking almost 3/16″ off of two sides of all for the rest of the stock.  This was harder than it should have been because of the knots and the grain reversal around the knots.  Traversing with the plane (at about 45 degrees to the length) usually works out pretty well.  I used that approach here but I had trouble securing the board so it wouldn’t move.  Where the grain was straight I could peel chips off lengthwise.  I had to retract the blade a little to make this work. 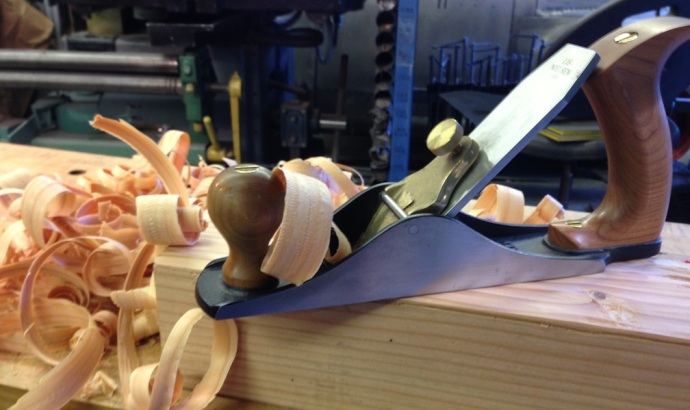 Chunky Shavings and my Scrub Plane 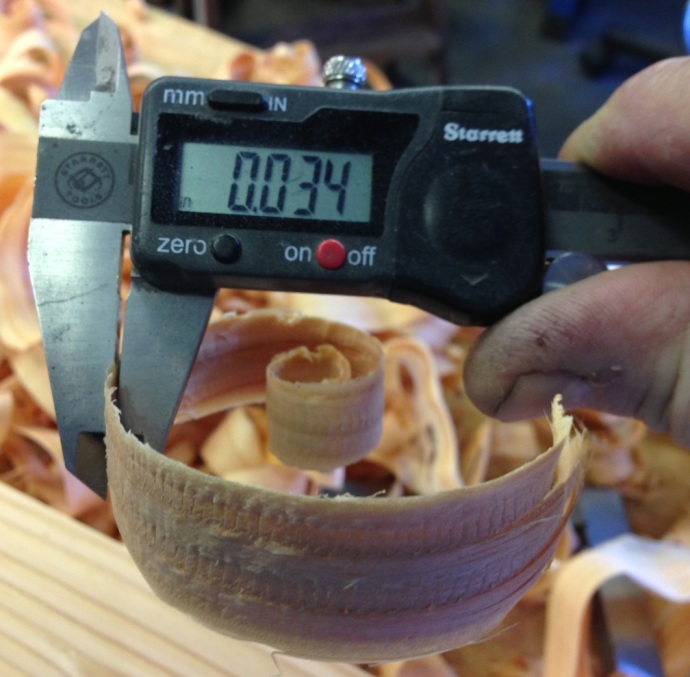 After I wasted away the bulk of the material I switched to my Stanley #5, set for a fairly aggressive shaving.  The blade in it is ground straight across, with just a hint of camber to reduce plane tracks.  But it’s not a curved edge like some guys use to waste away material.  I use it to level out the furrows from the scrub plane and get everything close to the layout lines for the thickness. 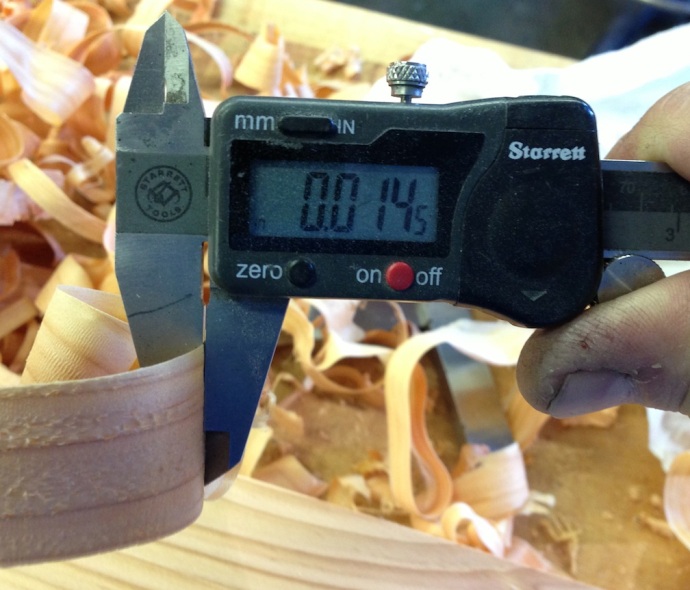 Then I switch to my #8 jointer plane, taking a slightly less aggressive shaving than with the #5 – but still close.  Once I’m getting a full width shaving across the board I lighten up on the cut and fine tune the face so it’s flat and true to adjacent reference face.  With the jointer plane set for a lighter cut I measured it at .004″.  On ocassion I’d lighten the cut just a bit more to get wispy shavings to fine tune a couple of spots. 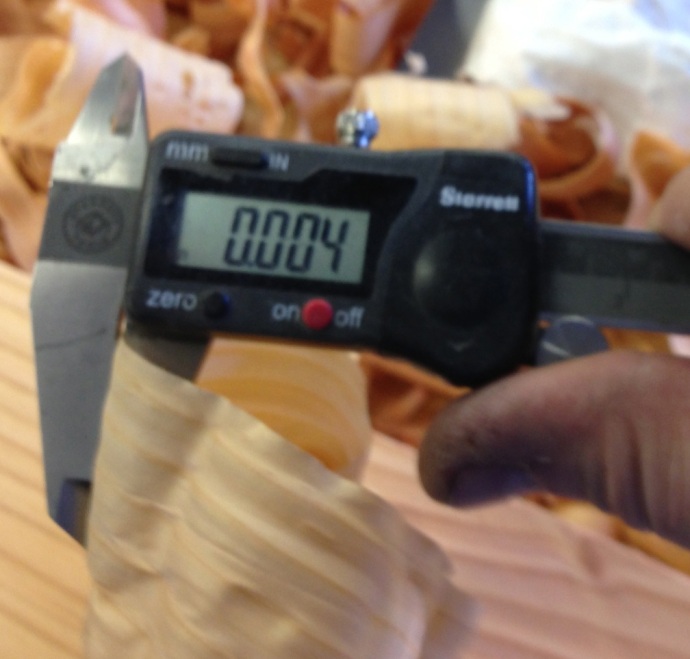 Fine Shaving from the #8

After working my way through both feet and both top supports I had a great idea — why not bandsaw the excess off?  I was timing myself, it was taking about 10-12 minutes per-face to do the 3rd and 4th sides.  Most of that time was spent hogging off the extra material  Unfortunately my blade has a small kink in it , so the cut on one side is kind of ragged and it doesn’t track as well as it should.  I’ll have to order a new blade tonight.  And yes, my bandsaw is sorta overkill.  I used to have two 14″ deltas.  One was the metal cutting version, and the other was the standard woodcutting version with a riser block.  I sold both and bought this one from a local machine shop.  It was made in 1945 and worked in a Navel shipyard.  It has hydraulic-everything; blade tension, post adjust, table tilt, and table feed.  I like old machines though.

After several hours I ended up with all eight pieces prepared on four sides.

It’s OK to be Square if You’re a Board

Now I need to figure out the end treatment for the feet and tops, then I can move on to the joinery.  I made a template, but I’m not happy with the shape.  It’s close, I just need to adjust the proportions. 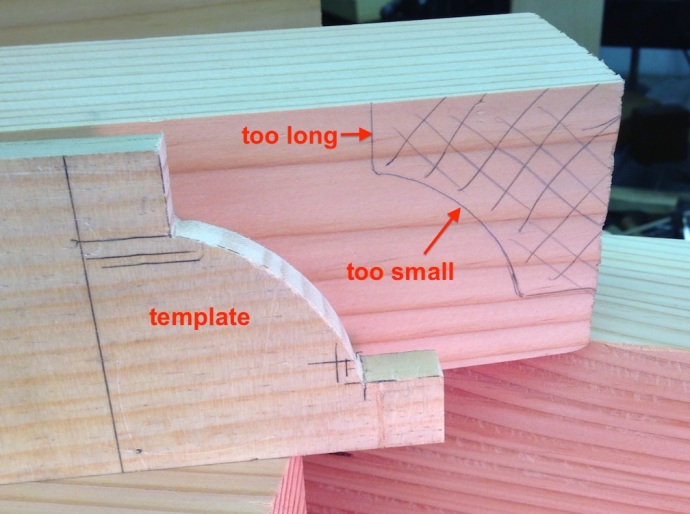 First Template for End Design — Not Quite Right Yet