Left to my own devices, err… Chris’ Devices

Yesterday Christopher Schwarz wrote about how he did all four mortises for the legs in hie FORP bench.  In two hours.  I was shocked, it took me a lot longer than that to do my first one.  Granted, it was my _first_ one, and I was just moving pretty slowly so as not to screw it up.  Part of his “technique” was to use a jigsaw to cut out the waste from drilling and to kerf up to the wells.

Well, I’m here to tell you it works pretty damn well.  Instead of 15 or 20 minutes chopping out the waste, then paring to the walls I spent 60 seconds removing the waste and another minute or two paring the walls.  More kerfs in the ends walls is better.  A longer jigsaw blade might be nice, but not mandatory.

The hand sawing on the dovetail (not yet done in the picture below) went much better too.  I think I may be able to get this up on four legs, with stretchers, this weekend.  Wow. 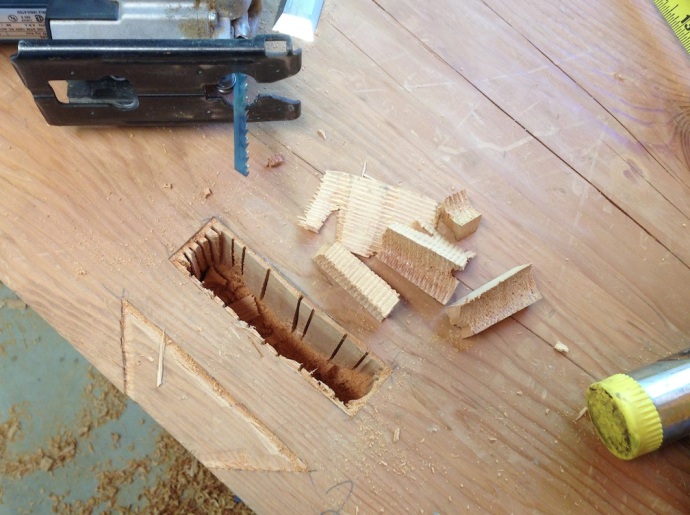 One thought on “Left to my own devices, err… Chris’ Devices”