I spent an hour or two tweaking the design for the new driveway gate.   I have more to do before I start building anything.  The next thing I need to figure out is the design for the hinge mechanisms.  I think I have an idea how that should work, and my game plan is to build the bracketry, wood spacers and hinge leafs first, then build the gates to fit that.

The main changes in this revision were the shape of the “cloud lifts” and the brackets on the block wall.  The cloud lifts looked too abrupt in the previous version.  I increased the space between the beginning of the sweep between the top and bottom, made the sweep angled and increased the radius on the curves.  I also recessed the rails 1/8″ from the outside frame, and the stiles 1/8″ from the rails.  I started modeling the steel straps that will wrap around the cinder block wall, they need a little more work on the end details.

I also removed the latch that was at the top of the gate — I decided that while it looked neat it would be awkward to operate.  So I’ll need to design a normal latching mechanism.

Once I get the hinges and latch design sorted out I’ll order the steel, hardware and bearings for the those parts and start in there.

This weekend is going to be a “wash” though as I’m taking my son to the “Maker Faire” up near San Francisco.  One of the displays I’m eager to see is the CNC Pancake Maker.  I kid you not, check out the “pancake bot“. 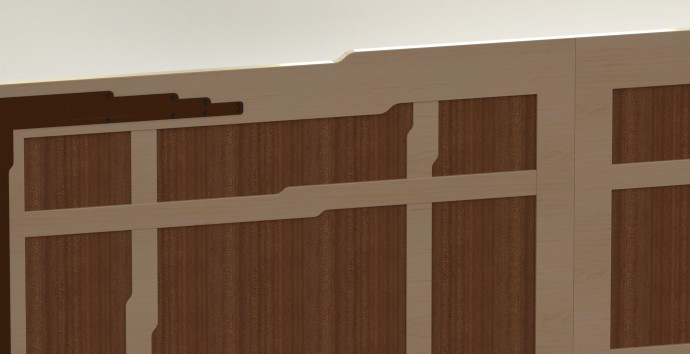 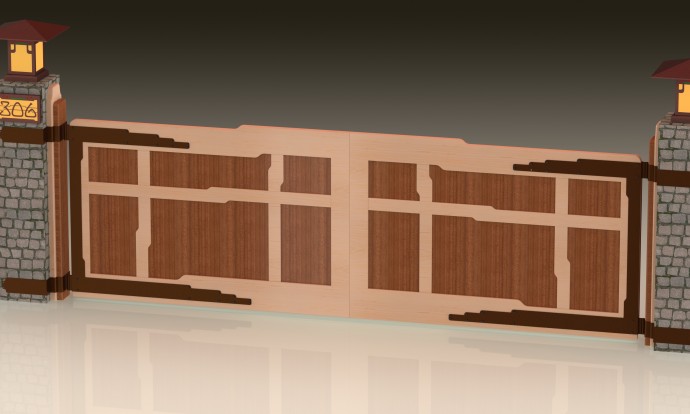 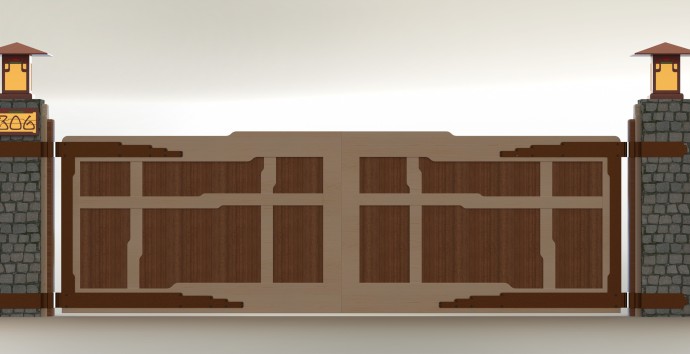