I finished off the parts for the carcass for the Greene & Greene style cabinet this morning.  That involved drilling shelf pin holes, tuning up the surfaces and doing a finish sanding on the interior faces including raising the grain.  I plan to use a water based dye on this project, so wetting the surface and scuff sanding off the raised nibs is important.

The wood looks really nice even without finish, it has a nice sheen.  It’s a little too pink at this stage, but it’s got more color naturally than the Honduras Mahogany I’ve worked with on other G&G projects.

Before I assembled the cabinet frame I had to run down to the wood store, they close at 1:00 on Saturdays and allowing for beach traffic it takes 40 minutes each way.  I picked up a nice board of 6/4 Sapele for the doors, which need to be 1″ thick.  5/4 would have been better, but plan in down the 8/4 I already had sounded too wasteful.  It was a beautiful day here today, so even allowing for weekend revelers clotting up the interstate it was a nice break. 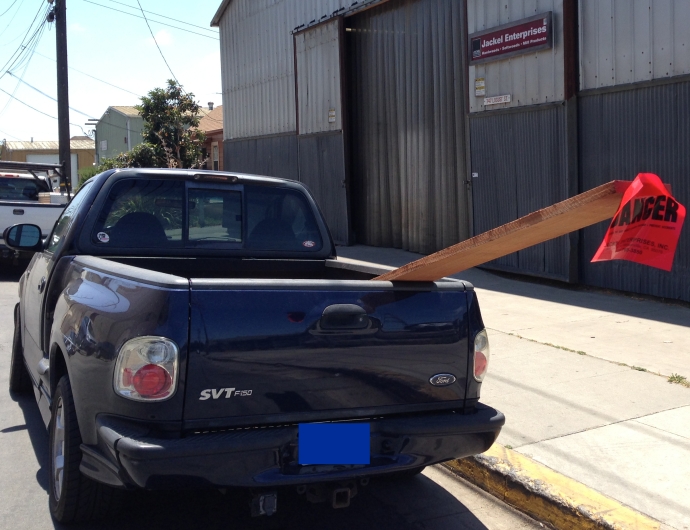 Back in the shop, the boards I’d dampened before I left were throughly dry.  I gave them a scuff sand with 320 and assembled the carcass.  I decided to skip gluing the joints, this is held together with three #8 wood screws in each corner, which seems strong enough, and I don’t have to worry about cleaning up any squeeze out. 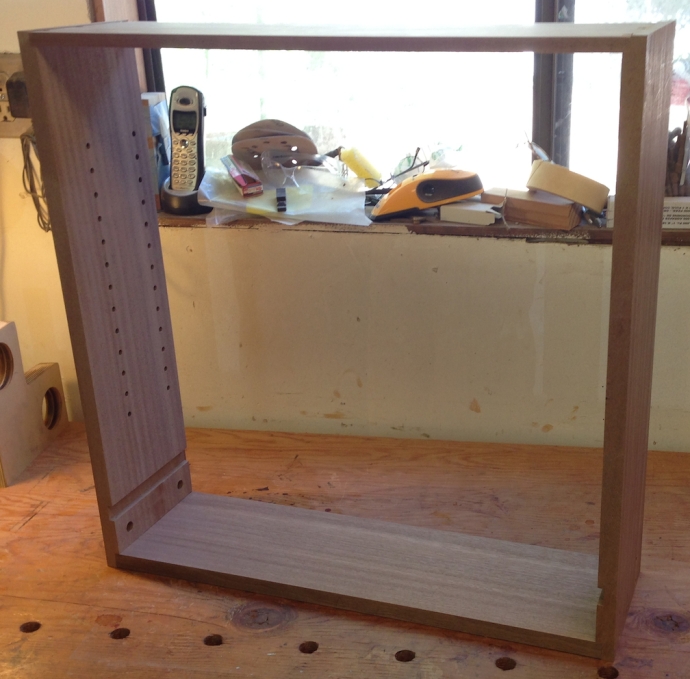 The large counterbored holes near the bottom of the sides are for attaching the skirts, which will be my project for tomorrow morning.  I’m going to use some #10 pan head screws, and then plug the counterbores.  Once the skirts are on I can install the sub-bottom into the dado.

I also started milling up the stock for the doors, it’s rough milled and aclimating.  I also cut a couple of pieces that I’ll resaw to make the shiplapped panels for the back tomorrow.  With a little luck and some focus I can probably make a start on the door tomorrow.

breaking down the stock for the door.

Comparison between rough and surfaced Sapele