After noodling over the joinery between the horizontal support arm and the vertical riser yesterday I’d realized I needed to make the supports for the saw first and work backwards to that joint so that I ended up with the saw in the right position.

I was thinking I would break out the router to make the adjuster slot and recess for the steel plate, but that just seemed like too much trouble.  Setting up stops or making a jig.  Instead I drilled some ruled to remove the waste for the slip and chiseled it out (only half way through, because the slot for the sliding tenon on the other side will complete it).

The picture is fuzzy, but the adjuster slot it clean. Note that it only needs to be clean down 3/4″ because it intersects the mortise for the sliding tenon on the other side.

Then I knifed in the outline for the steel plate, drilled out most of the waste with a Forstner bit, chopped the outline and finished it with my router plane.  This was fun. 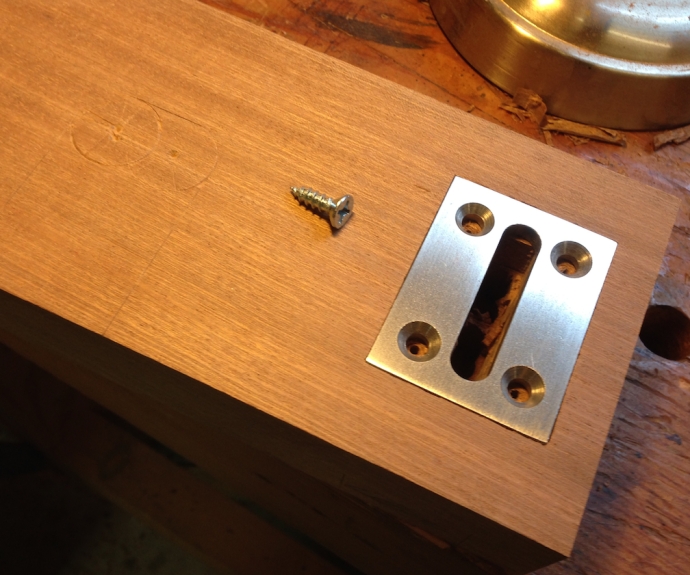 The rest was just drilling/tapping the pivot adjuster hole and sawing out the shape.  I tuned it up a little with a rasp.  It’s not an elegant shape, but it will be functional.  I’ll probably round over the edges and smooth it out a bit more, but first I need to make the vertical adjuster. 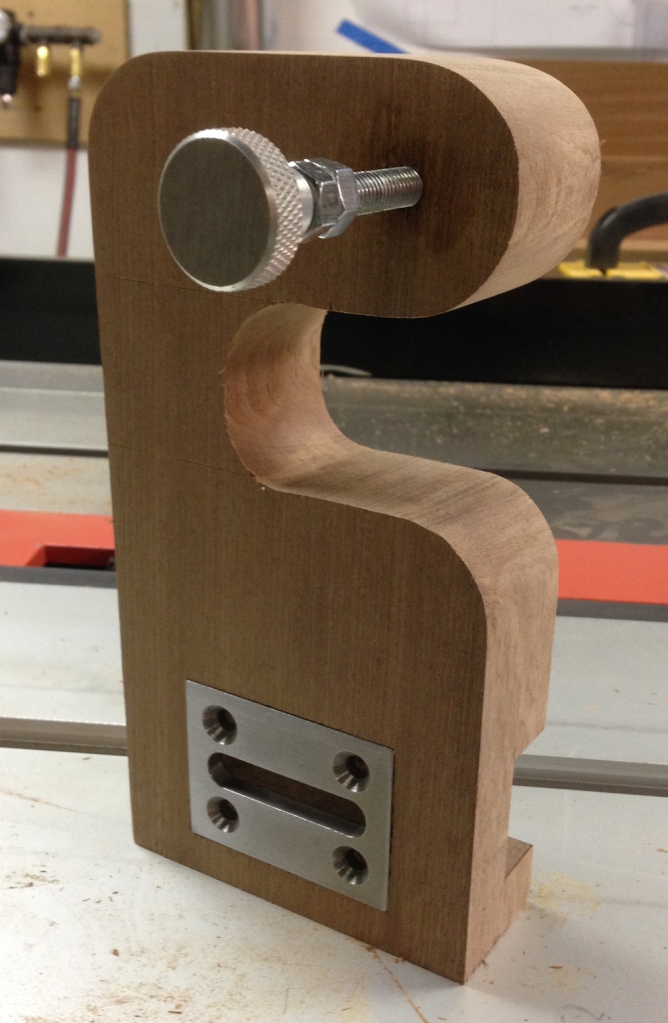 One thought on “Chevy Horizontal Adjuster”