Yesterday I posted a picture of a Dutch Tool Chest I’m making.  It’s just a busywork project, something to do for fun.  It was decidedly less fun when I discovered that I’d done the joinery for one end bass-ackwards.  Not really the end of the world, this is the cheap common pine.  It’s also slightly cupped, even after flattening it, it cupped again.

And it’s not like I need a tool chest.  Having said that, I’ll probably end up building two or three of these.

Kudos to Greg Merrit for nicknaming this the “MC Escher Chest”. I’m *never* buying plans from that Dutch Dude again…

So, I cut one set of pins off, and re-cut them. No biggie.  The sawing went much better, it helped that I put up more shop lights in the intervening time. 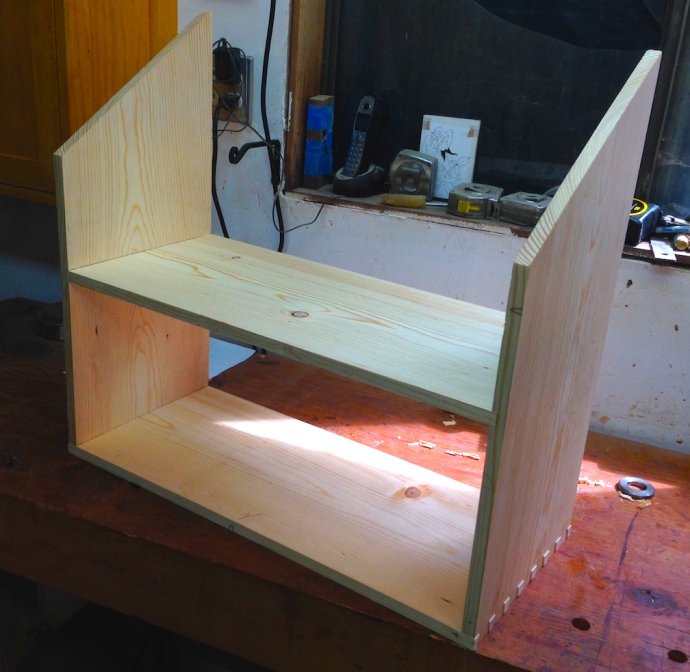 Dutch chest after coming down from a bad sugar high. (the chest, not me)