When I started in on the top for the Blacker table the first thing I discovered was that the two boards I’d glued up for it had cupped.  There was roughly a 1/8″ cup over 22″.

Both of the individual boards appeared to have cupped slightly, but part of the problem was the glue joint.  So I decided to rip, re-joint and re-glue the top.  I used cauls to align the two boards for the re-glue.  After 24 hours in the clamps I pulled it and re-checked…it looks good.  Most of the top is dead flat, with a tiny bit of cupping at one corner.

So I quickly but the tenons and assembled the top with the breadboard ends.

I roughed in the step for the tenons using a dado stack on the table saw, then used a rabbeting plane to dial the fit in just right. 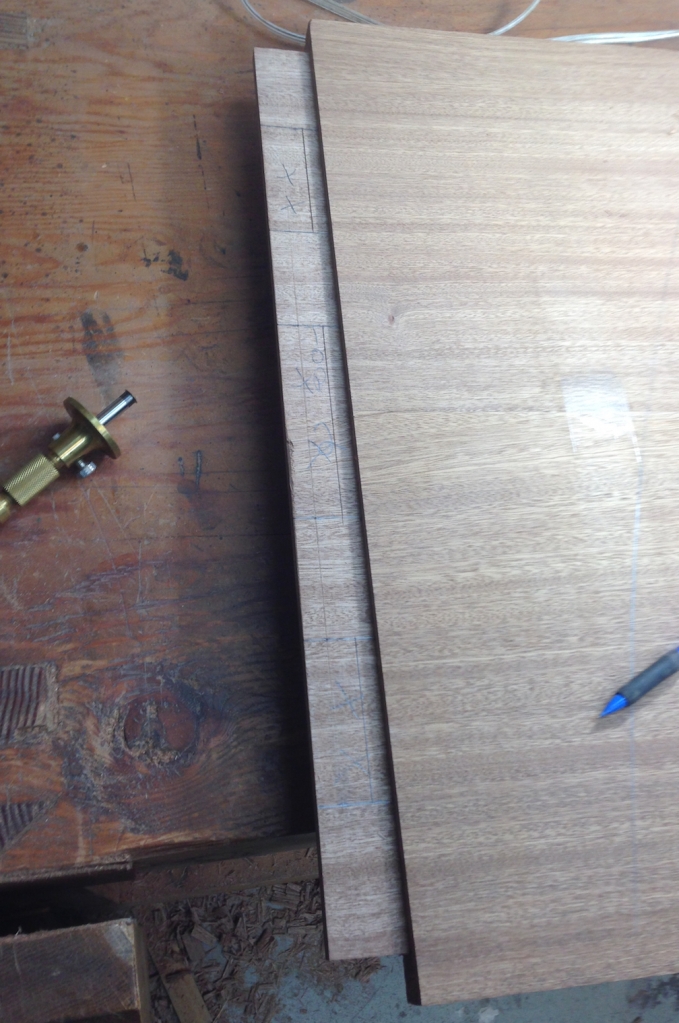 Layout for the tenons – there are four 1.375″ long tenons on each end, and a continuous .375″ stub tenon to help keep things flat.

Success, breadboard ends are (mostly) done. I need to do a little fine tuning and cut the slots for the splines still, but I’m on the downhill side of this. I’ll do the inlay on the top next I think.

3 thoughts on “cleared a small hurdle”